A GIANT anaconda wraps itself around a deadly caiman in a brutal fight for survival - but who comes out on top? Kim Sullivan from Indiana in the US witnessed the 40-minute-long struggle between the croc and the snake along the banks of the Cuiabá River, Brazil. 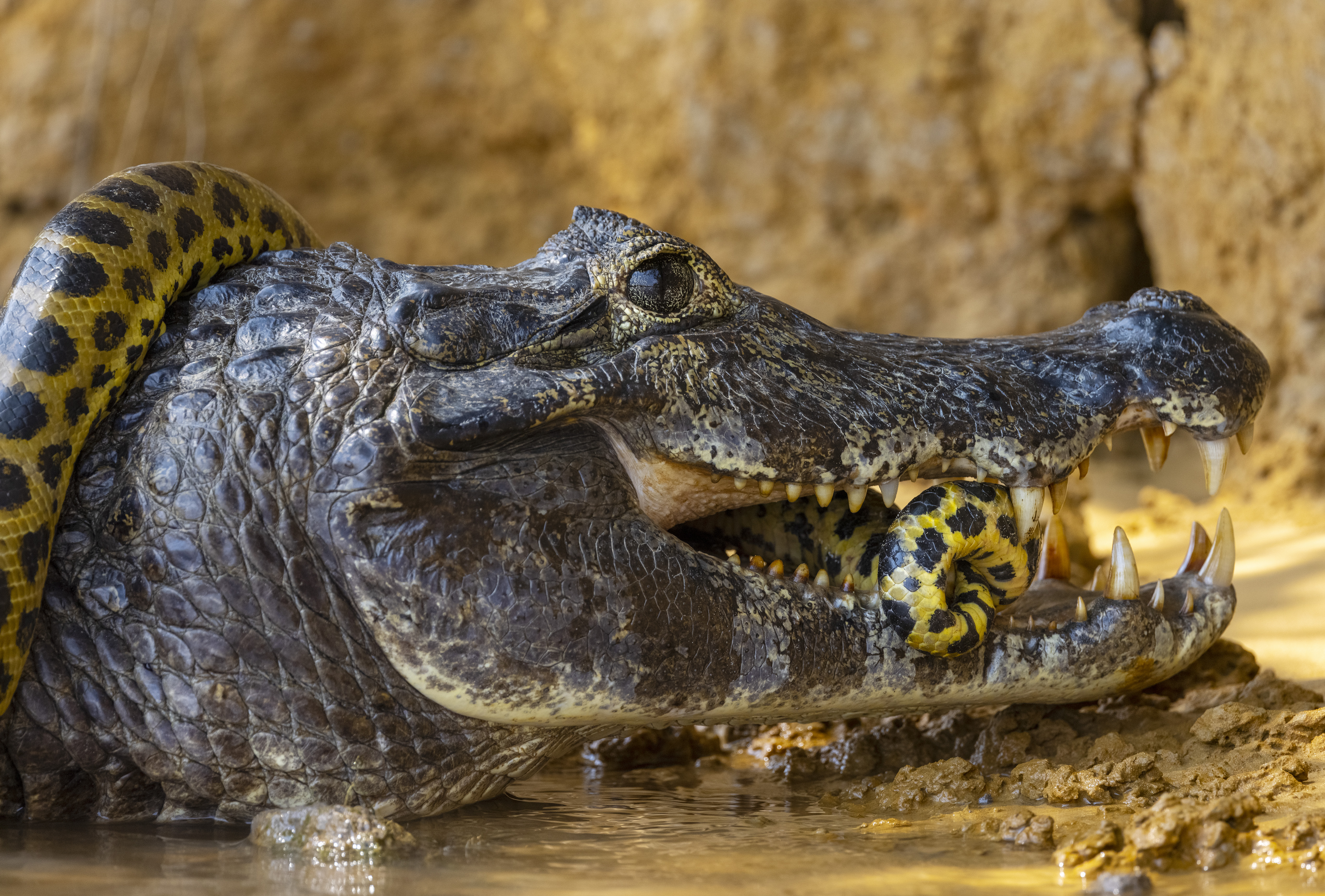 The dramatic fight in Brazil 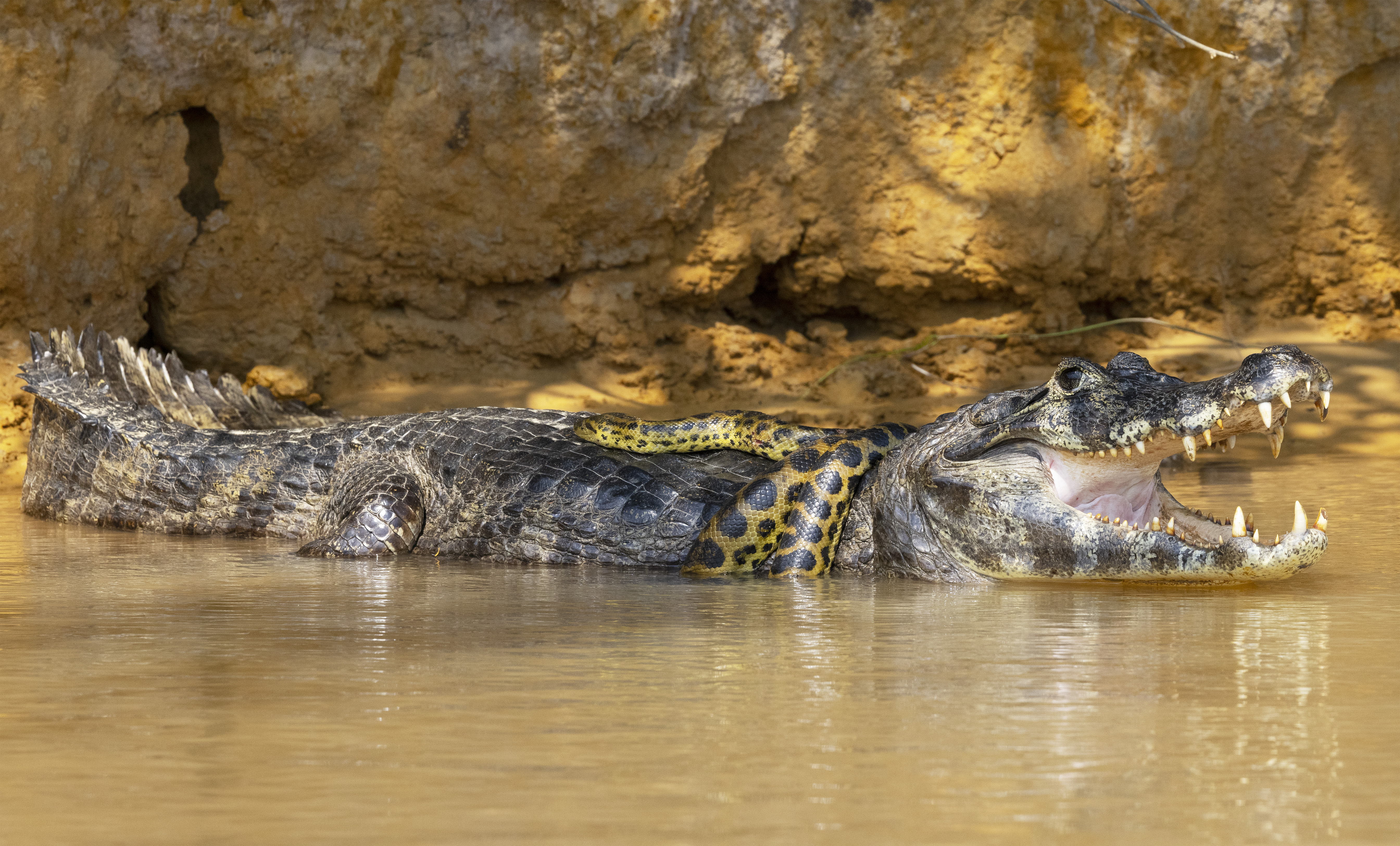 An various points it looked as though the caiman might succumb 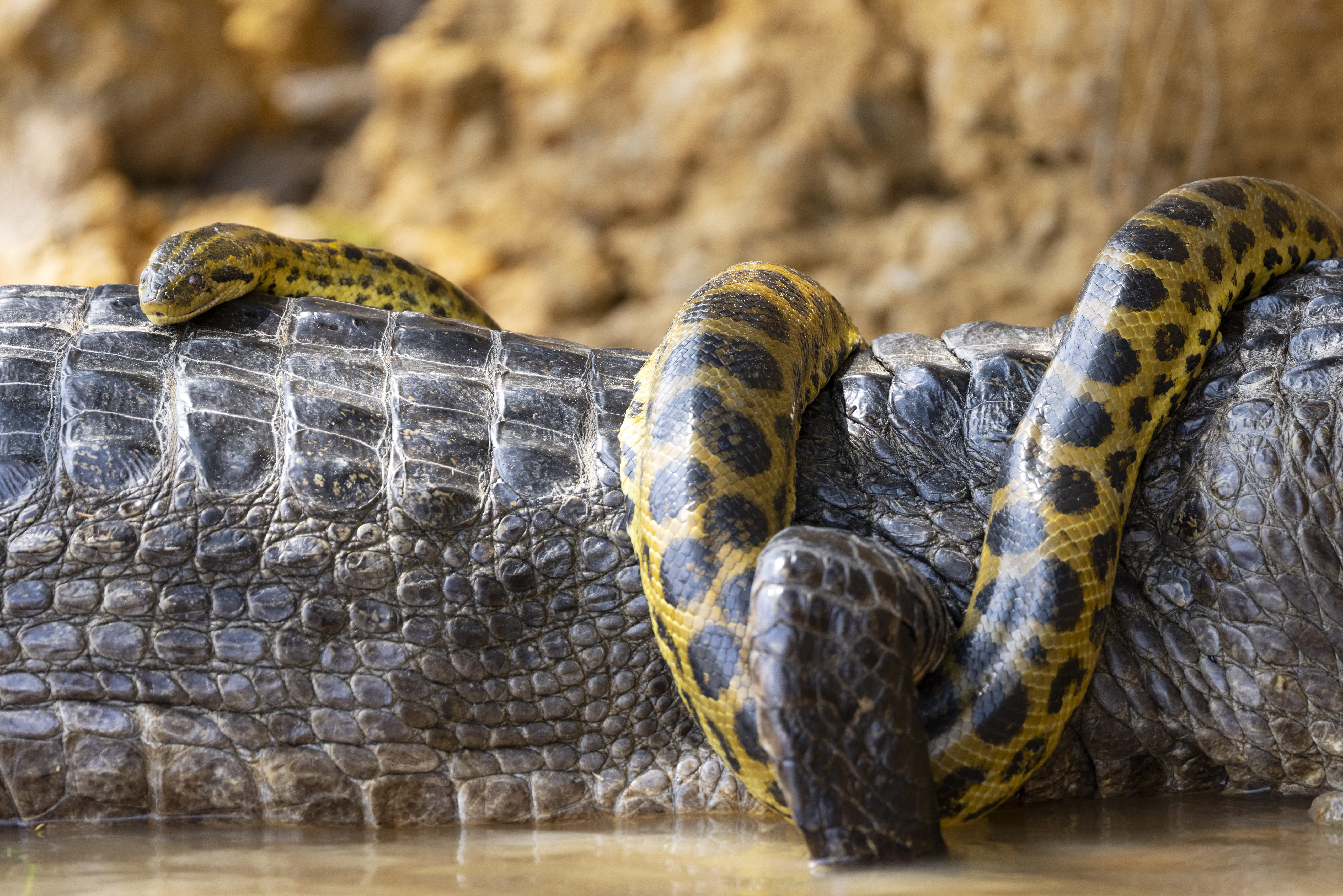 The anaconda wrapped itself all around the caiman

The photographer snapped these dramatic images in September while searching for jaguars by boat along the river when the struggle was spotted.

Kim says it was a once in a lifetime sighting, and while predation is common, she had never seen anything like this standoff between the caiman and anaconda.

She added: “I wondered how on earth the caiman got in this predicament as it must have taken a while for the anaconda to work its way into this type of hold.

Watching the struggle between the two evokes a lot of emotion and excitement.

“There were intermittent struggles when the caiman tried to free itself throughout the 40-minute encounter.

“The caiman gasped for air and the anaconda constricted more and more.

“The chances were 50/50 but then as the length of the struggle increased, the nod went to the anaconda.

“Finally, ever so quietly and uneventfully the caiman went under.

“I could see the tip of the anaconda’s nose struggling to get air.

“The caiman came up still constricted by the snake and then went down again for a long time.

“This time it came back up free, and we did not see the snake.

“The caiman calmly came back to the bank, and we kept our eyes on the river until we finally saw the anaconda come up on the riverbank and slither back into its hole.

Anacondas have been known to hunt massive prey before. Two years ago an incredible video showed a fight to the death between a 29ft anaconda and a croc deep in the Amazon.

On that occasion the powerful reptile could not escape being crushed to death between the snake’s coils.