Hong Kong is home to a variety of snakes — from the venomous king cobra to larger species such as the Burmese python. Whenever one of these reptiles is spotted slithering into a home or coming alarmingly close to a residential area, Ken Lee is among the snake catchers called to capture the creatures. But unlike commercial snake catchers of yesteryear, whose catch is often served up as soup in the city’s snake shops, Lee doesn’t sell the snakes he captures. He is part of a new breed of snake catchers who strive to release the reptiles back into nature.

“There are occasions where people have caught the snakes before I arrived on the scene, but unfortunately some of them were killed or fatally injured,” said 31-year-old Lee, who is one of Hong Kong’s youngest registered snake catchers. “Some people caught the snakes bravely, but actually it caused harm to wildlife.” 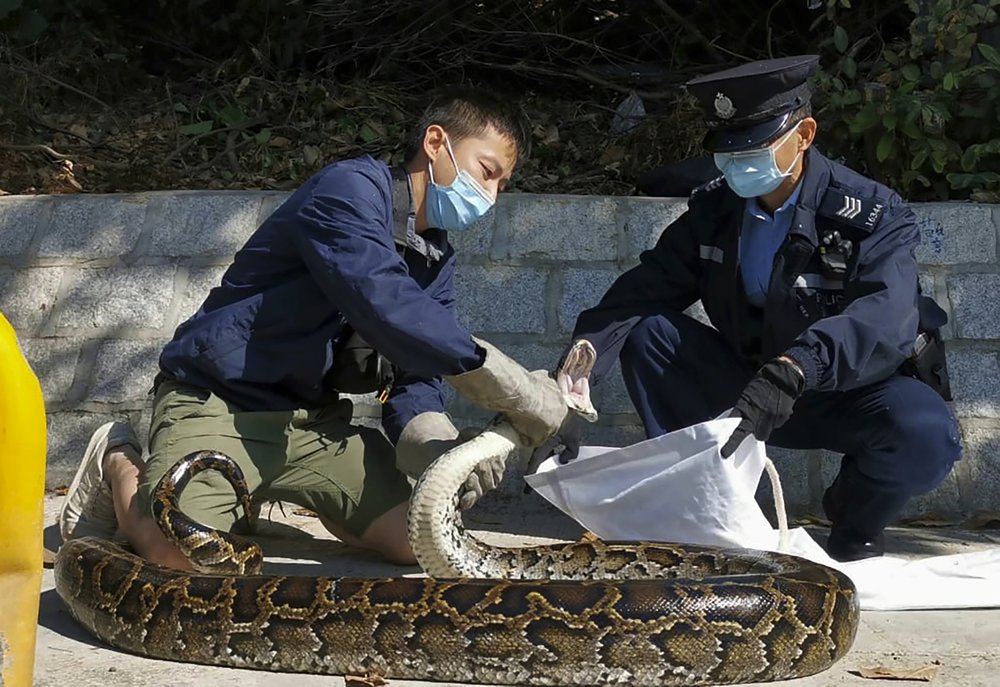 Like many other snake catchers in the city, Lee is self-taught. He first started handling snakes at the age of 17, when he worked as an apprentice in a Hong Kong snake shop. His experience spurred him to learn more about biodiversity and biology, and he eventually went on to study that at a university in Taiwan.

When Lee catches snakes, he uses a range of equipment — puncture-proof gloves, sticks, hooks, a torch and bags. At times, he even uses his bare hands.

In early December, he made headlines when he successfully captured a 3-meter-long (10-foot-long) Burmese python in a village located in a rural part of Hong Kong. The same month, Lee was also called to a high-rise residential building in a rural area to capture a bamboo pit viper — a common, venomous green snake whose bite can cause a nasty swell.

The snakes he catches are sent to the Kadoorie Farm and Botanical Garden, a local nonprofit organization that shelters rescued wild animals. After a health check, most of the creatures are then released back into the local parks.

“I hope all these wild animals could be returned to nature,” Lee said. 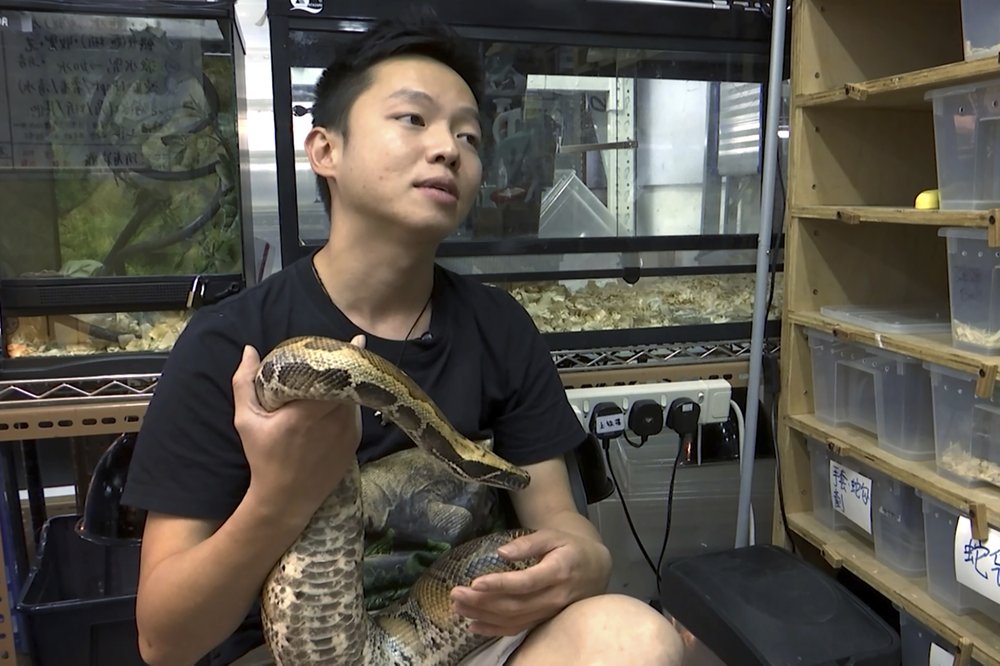 Currently, he works as a research assistant at four universities in the city and volunteers at the Hong Kong Society of Herpetology Foundation, a nonprofit organization dedicated to the study of reptiles and amphibians.

Even though Hong Kong has ample green areas that serve as different habitats for snakes, Liz Rose-Jeffreys, Kadoorie Farm’s conservation officer, thinks the city’s urban development may threaten the survival of snake species.

“I think this is one of mutual respect, really. They are our wild neighbors, they’ve been here a lot longer than us, and I think we have a duty to respect nature,” she said. “They form an important part of our ecosystem, so if we have to remove snakes, then it would upset the balance that has been established for many years.”