A team of wildlife biologists in the US has discovered and managed to capture the largest ever Burmese python found in the state of Florida. The female serpent, measuring nearly 18 feet in length, weighed 215 pounds or approx. 97.5 kg and was found to be carrying 112 eggs. The python was caught by biologists from the Conservancy of Southwest Florida in the Everglades wetland area in December last year. However, zeroing in on the largest reptile wasn’t easy for the researchers. 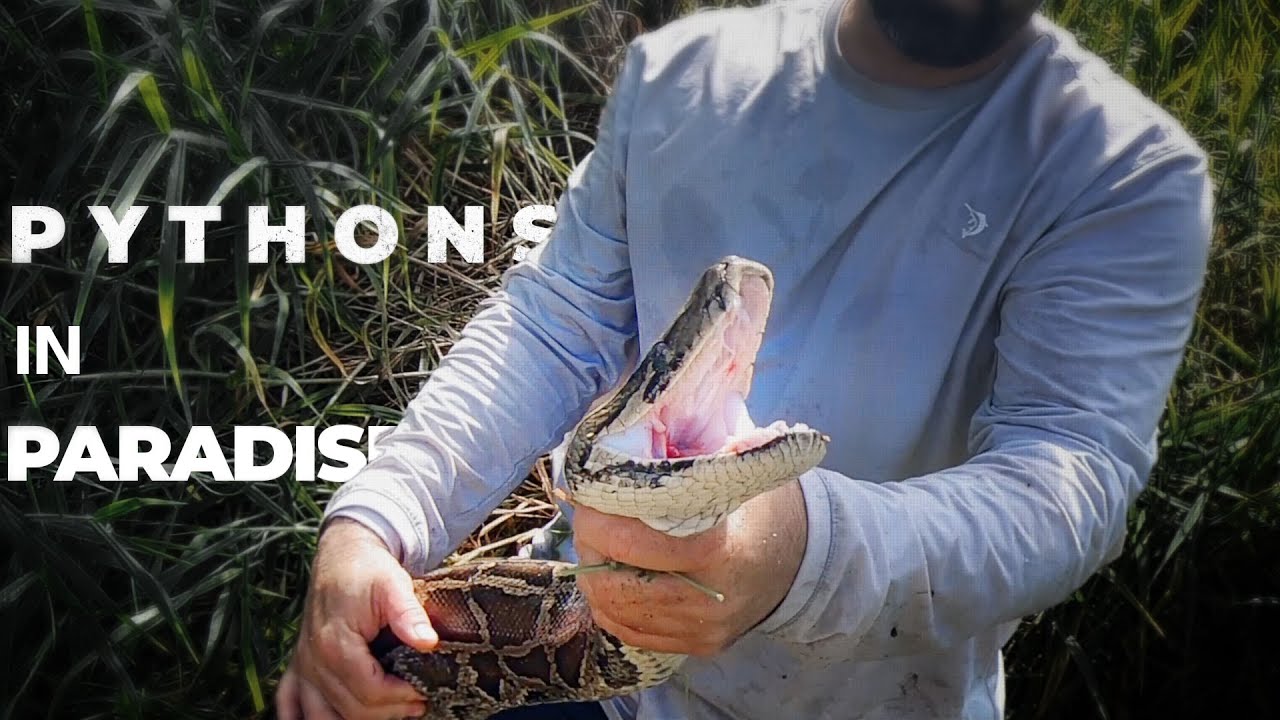 As part of their research program, the biologists implant radio transmitters in their male ‘scout’ snakes and monitor their breeding behaviours, movements, and habitat use. These scout snakes help the researchers spot breeding aggregations and huge reproductive female snakes.

“How do you find the needle in the haystack? You could use a magnet, and in a similar way, our male scout snakes are attracted to the biggest females around,” said Ian Bartoszek, wildlife biologist and environmental science project manager for the conservancy

Once tracked, the biologists then proceed to remove the breeding female along with the eggs developing in her from the wild. For their biggest catch, the biologists tracked their male scout named Dionysus or Dion who led them to a region of the western Everglades. The snake had been frequenting the region prompting the biologists to suspect that a female python could be there. Their suspicion turned out to be true as the scout not only led to a female snake but the largest ever found in Florida rill date. The huge python was then taken for necropsy where researchers discovered that it had 122 eggs developing in the snake’s abdomen.

Moreover, during an assessment of the serpent’s digestive contents, biologists found hoof cores inside her. This indicated that the reptile devoured an adult white-tailed deer in her last meal.

The Burmese python is considered an invasive species in Florida which means that it is not native to that environment and affects other species of the ecosystem. “The removal of female pythons plays a critical role in disrupting the breeding cycle of these apex predators that are wreaking havoc on the Everglades ecosystem and taking food sources from other native species,” Bartoszek highlighted.