Is this the world’s longest snake? Huge 26ft python found near flyover

IS this the world's longest snake? Civil servants discovered the gigantic python lurking near a flyover.

The snake, who measures just over 26ft in length and weighs 551lbs, could be a world record breaker.

The slithery reptile was caught by construction workers after they spotted the snake curled around a tree near a flyover in Penang, Malaysia.

Photos show the massive python being held by dozens of members of Malaysia’s Civil Defence Force following a 30-minute operation to capture the snake.

The beast is believed to be a reticulated python, a species which suffocates its prey before swallowing them whole.

If the measurements are correct then the reptile could soon be in the record books. 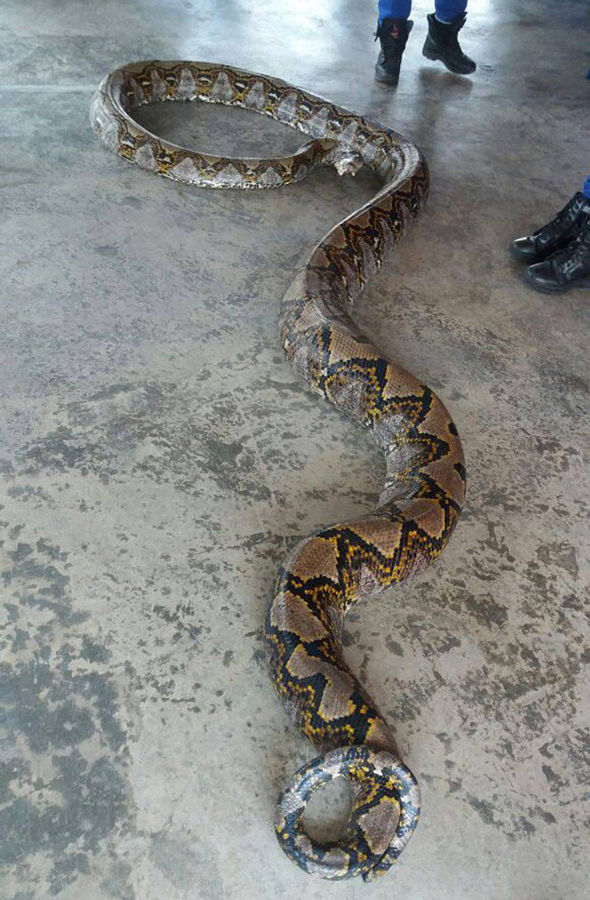 housed at “The Edge of Hell Haunted House” in Kansas City, Missouri, USA is currently the longest living snake in captivity.

Some 15 men were required to hold the 350lb snake at full length to allow the measurement to be taken. 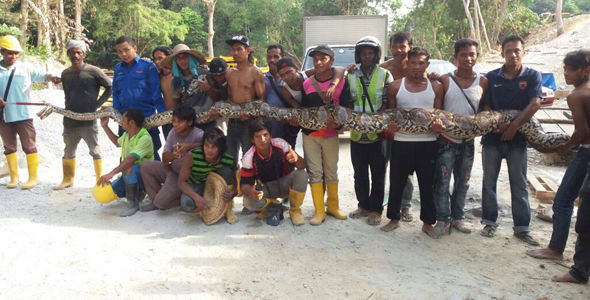 Medusa feasts on deer, hogs and rabbits and has been known to eat an entire deer in one sitting.

The beast of Penang could break the record by an entire foot. 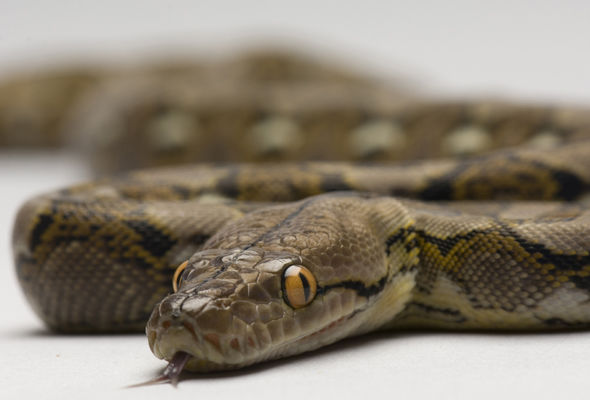 According to the Guiness Book of Records reticulated pythons – named as such because of the grid-like pattern of its skin – are on average the world’s longest snakes, adults normally grow an average of between 10 to 20 ft.

For the Penang snake to become a record breaker officials will have to verify it is the longest python ever captured.

The python is currently being held at civil defence headquarters and is expected to be moved to the state wildlife department.