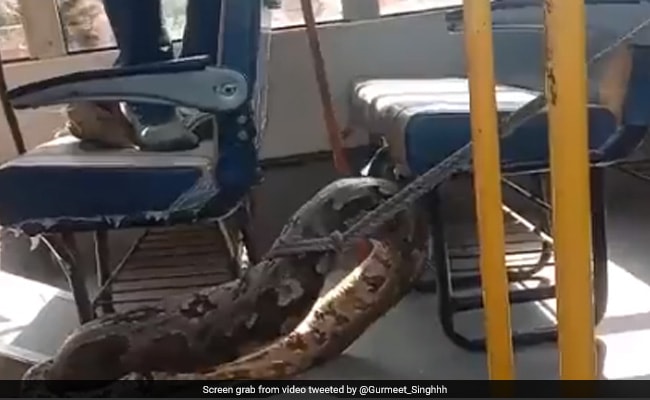 The massive python sneaked inside the bus after it ate a baby goat.

Lucknow: A chilling video has surfaced from Uttar Pradesh’s Raebareli where a python was rescued from a school bus after a one-hour-long operation today.
The massive python sneaked inside a school bus belonging to Ryan International School in Raebareli, city Magistrate Pallavi Mishra said.

Ms Mishra said after receiving the information, a team of rescuers from the forest department reached the spot. The official said because of the weekend, the school was closed and no one was injured during the incident.

Videos of the incident are going viral where the python could be seen under a seat while the rescuers are poking the snake with a stick in order to rescue it safely, but the python is attempting to grab a sack they are using to capture the huge snake. 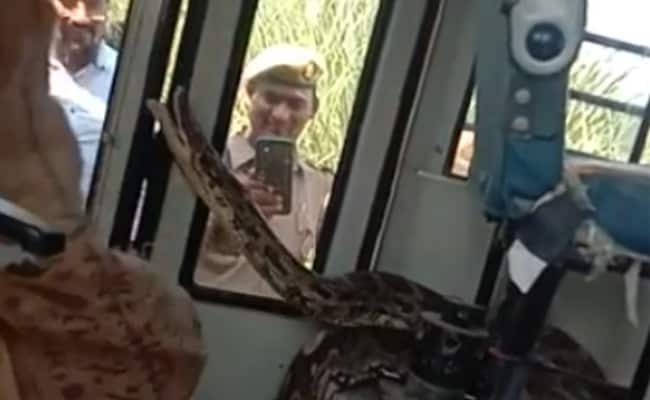 In another video, the python’s head was seen stuck in the engine, and a rope was tied along its body to pull it out safely.

The school bus was parked at a nearby village on Saturday, some villagers said they saw the python sneaking inside the bus after it ate a baby goat.

The villagers informed the school authorities after which the bus was removed from the spot and parked in front of the school.