THIS is the moment a giant python slowly slithered off into the bushes - after swallowing a JACKAL whole. But by the time they arrived all that was visible of the jackal – apart from a huge mass in the middle of the snake – was its feet poking from the snake’s jaws. 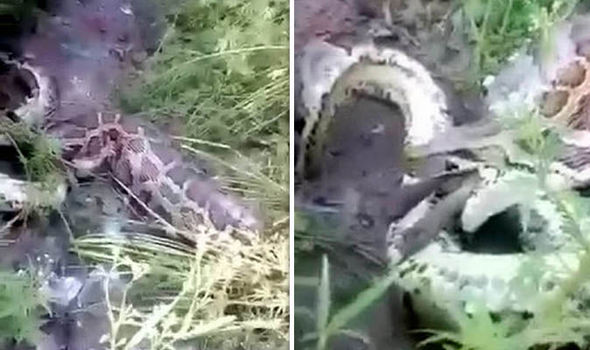 A giant python slowly slithered off into the bushes

Locals tried to rescue the dog-like creature by pelting the snake with stones and sticks, but it took just 40 minutes for the python to devour its meal.

The video shows it finishing off the massive jackal before slithering off – five times its usual size, in Katarniaghat wildlife sanctuary, Uttar Pradesh, India. 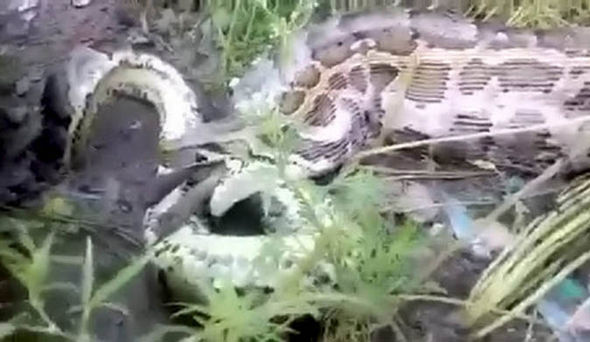 Forest area officer RKP Singh said after the python had eaten its prey it was spotted lying still nearby, while it digested the meal.

He said: “Officials were deployed for the python’s safety.”