A group of dogs pursued a massive Asian water monitor lizard up a telephone pole in a hamlet in Sara Buri province, central Thailand, yesterday. 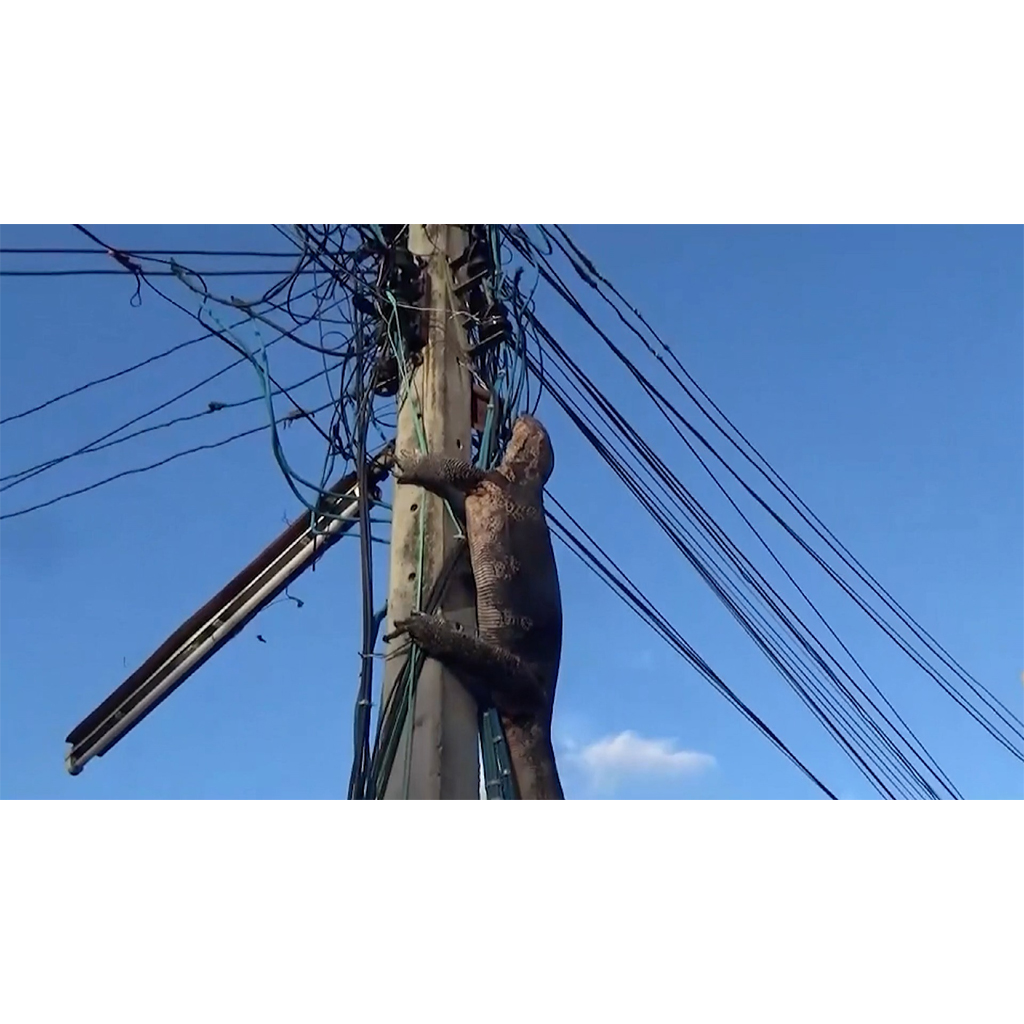 The massive lizard climbed the pole after being pu.rsu.ed and bit.ten by a band of stray dogs, but it became trapped and had to be res.cued. The “Tua Hia,” also known as “Tua Ngern Tua Tong,” became entangled on a pole outside a house in the Mueang district for an hour, drawing a gathering of residents. 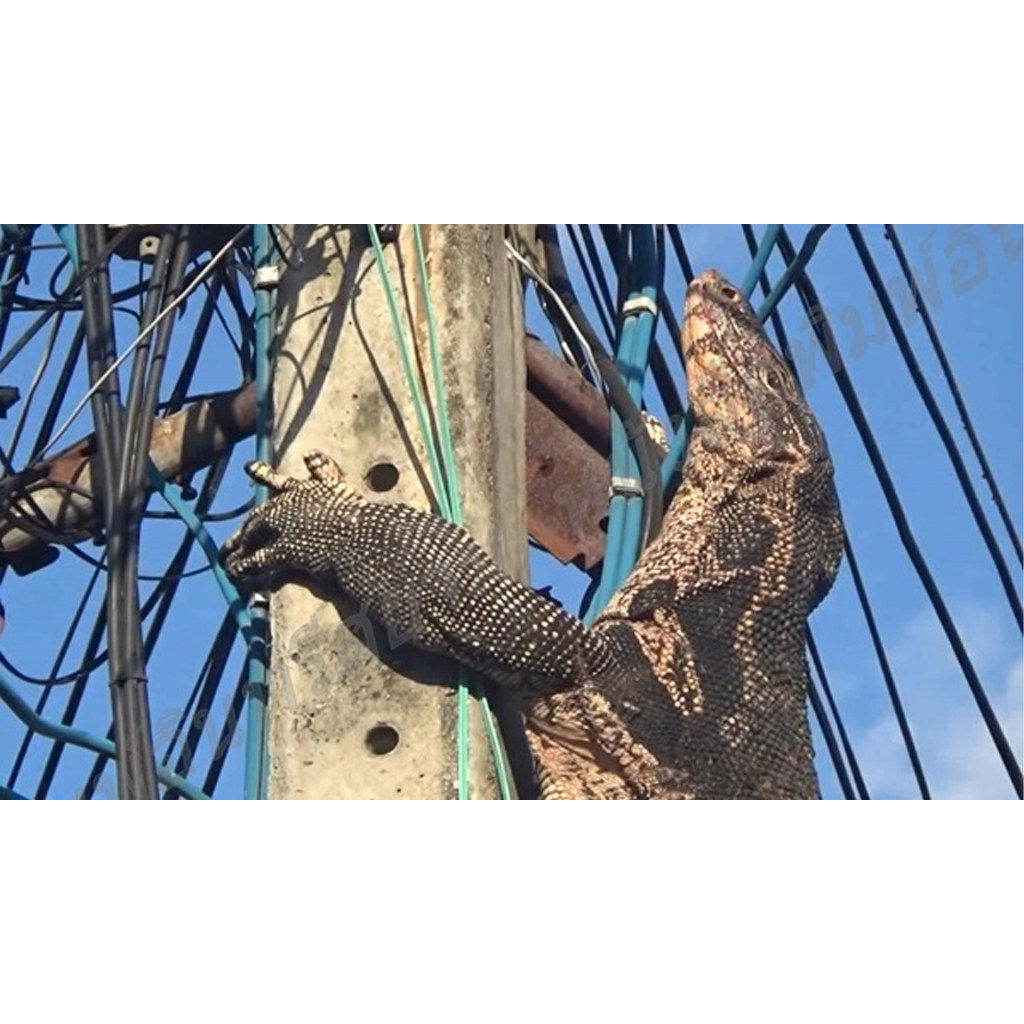 Villagers were ter.rif.ied that the animal might be electrocuted and di.e as three slow lorises did in Songkhla province. Villagers, on the other hand, were anxious that the massive animal might do dam.age to the village’s electric infrastructure, resulting in a power outage. 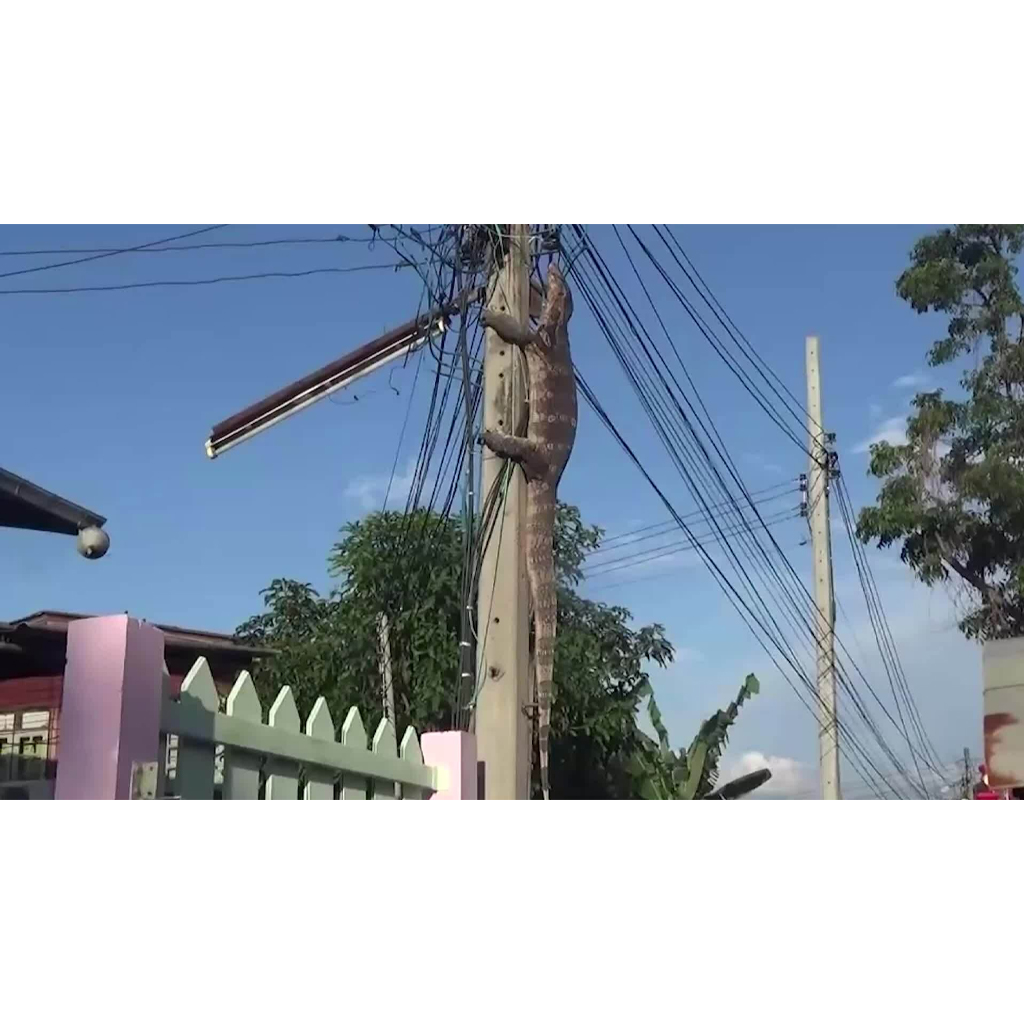 Suwit Yaemubon, the owner of the house, dispatched two res.cue personnel to fetch the monitor lizard, but it was no simple feat. The res.cu.ers mounted a ladder and wrapped a rope around the lizard’s mouth before taping it shut. The lizard was then transported back down, placed on the back of a motorcycle, and released into a less urban location, where it should not be at.tac.ked by soi dogs. 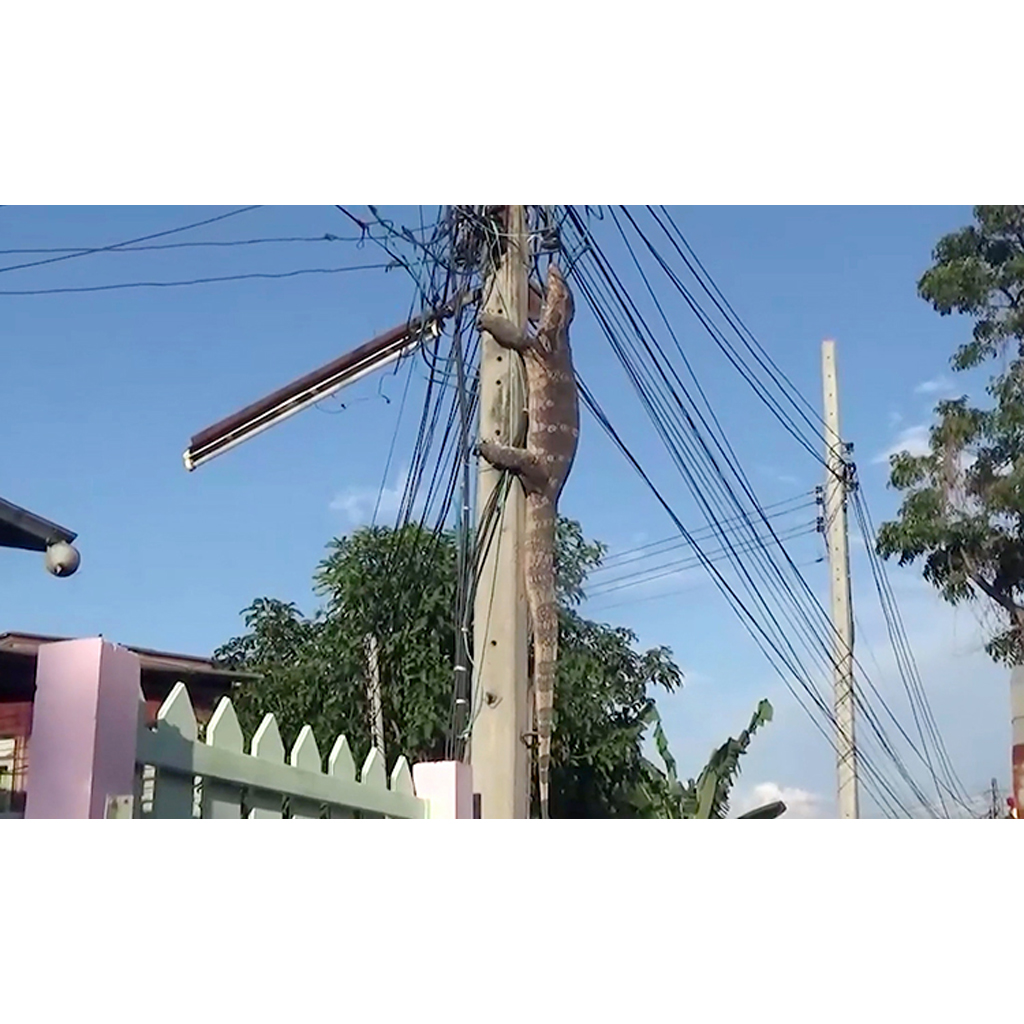 Suwit stated that he was strolling near his fence when he noticed the lizard sitting close. He proceeded to chase it away because he was afr.aid it might try to break into his house. The chase was joined by a group of soi dogs, which bit the lizard as it raced up the pole. 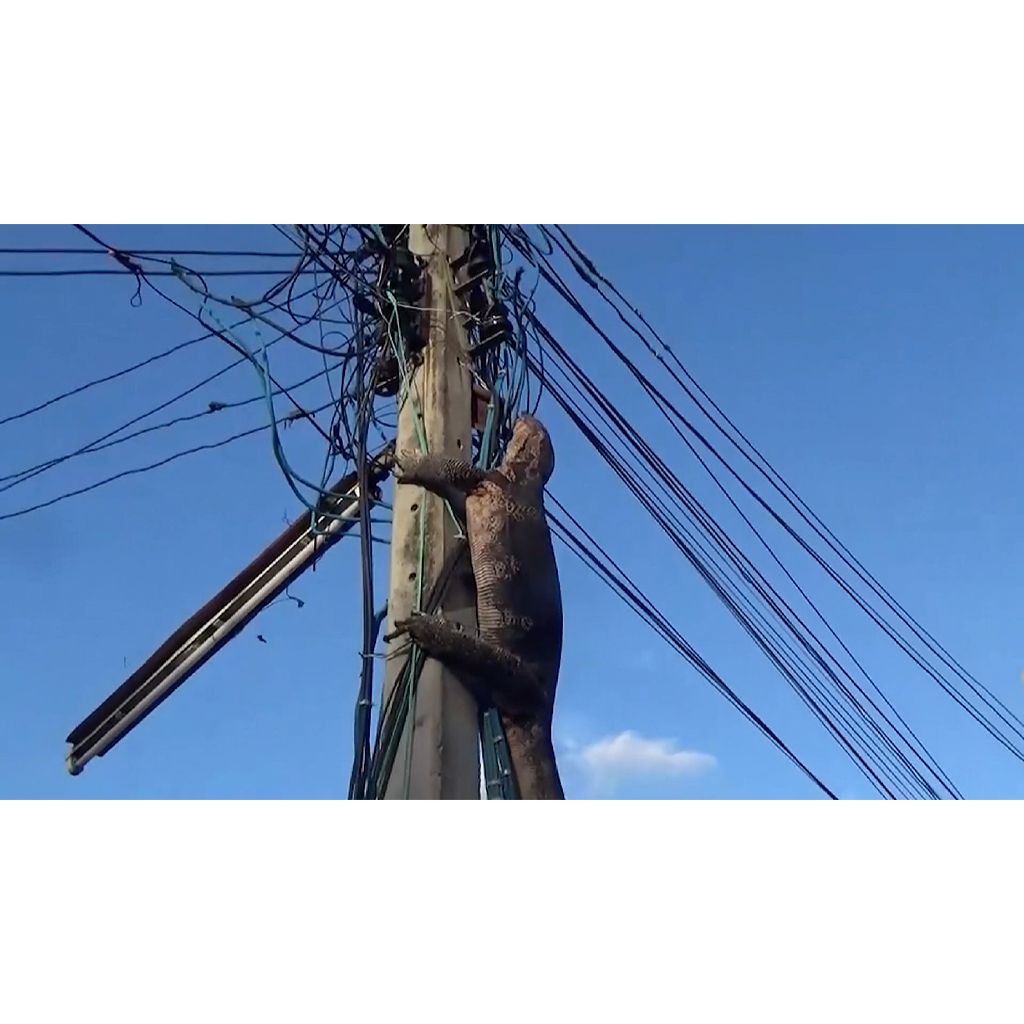 Humans and monitor lizards coexist pretty well in Thailand’s metropolitan regions most of the time. However, issues can happen from time to time. In March, one of the largest Asian water monitors ever reported, weighing 100 kilos, disrupted a residence in the southern Thai province of Nakhon Si Thammarat. In May, a monitor lizard got lodged in a pipe and created a flood in Bangkok’s Bang Khen neighborhood, greatly slowing traffic.